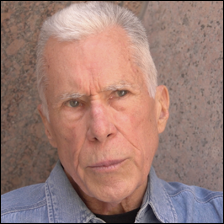 Charles Ross (born in 1937) is an American sculptor and earthwork artist. In 1965, Ross began creating prism sculptures–minimal geometrical objects as perceptual vessels that alter the perception of the environments that surround them. These he first began exhibiting in one-person exhibitions at the Dwan Gallery in New York. In 1971, Ross began work on an earthwork known as Star Axis, which is a naked eye observatory and architectonic sculpture. Star Axis’s geometry is derived from the shifting relationship of earth to the sun and the north star.