Troublemakers: The Story of Land Art
A Film by James Crump 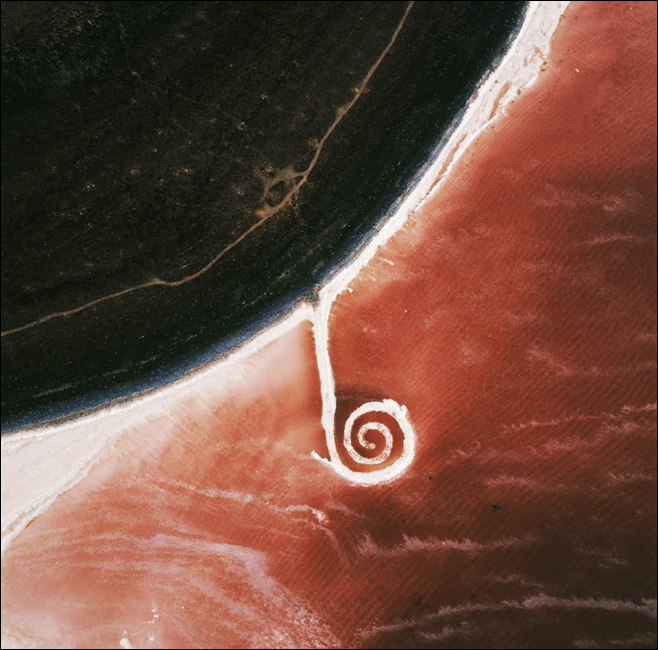 Troublemakers unearths the history of land art in the tumultuous late 1960s and early 1970s. The film features a cadre of renegade New York artists that sought to transcend the limitations of painting and sculpture by producing earthworks on a monumental scale in the desolate desert spaces of the American southwest. Today these works remain impressive not only for the sheer audacity of their makers but also for their out-sized ambitions to break free from traditional norms. The film casts these artists in a heroic light, which is exactly how they saw themselves. Iconoclasts who changed the landscape of art forever, these revolutionary, antagonistic creatives risked their careers on radical artistic change and experimentation, and took on the establishment to produce art on their own terms. The film includes rare footage and interviews which unveil the enigmatic lives and careers of storied artists Robert Smithson (Spiral Jetty), Walter De Maria (The Lightning Field) and Michael Heizer (Double Negative); a headstrong troika that established the genre. As the film makes clear, in making works that can never be possessed as an object in a gallery, these troublemakers stand in marked contrast to the hyper-speculative contemporary art world of today.

Troublemakers points out that land art was rife with contradiction and conflict, a site where architecture, landscape, sculpture, technology, archaeology and photography would all converge. Against the backdrop of the Vietnam War, Cold War anxieties and other political uncertainties of the nuclear age, land artists often subscribed to a dystopian view of the future that questioned the military-industrial complex, consumerism and the banalities of modern life and culture.

The period was also marked by the release of the first image of the entire earth. Produced by NASA, such images turned the conceptual space of earth into a two-dimensional sphere; an object on which to conceivably draw, design and create. The most compelling land art sites offered viewers a means to imagine and negotiate the scale of the human body with the enormity of our planet. Land artists were exploring a larger canvas to work on while simultaneously seeking to create works that induced awe in the viewer, thus producing a new kind of pilgrimage and a new kind of visceral viewing experience. The film shows how nature performs in these works and alters them over time, sometimes radically reclaiming them, creating an ongoing competitive dialogue between artist and the natural world.

Using original footage produced with helicopters and rare re-mastered vintage footage from the period, Crump’s cinematic journey takes viewers on a thrill ride through the most significant land art sites in California, Nevada, New Mexico and Utah, an immersive and physically transportive experience that movie goers will not forget.

James Crump made his directorial debut at the 2007 Tribeca Film Festival with Black White + Gray, featuring the influential and legendary curator and collector Sam Wagstaff and artist Robert Mapplethorpe. In 2013, Black White + Gray was named among Blouin ArtInfo’s 20 Must-Watch Artist Documentaries. The New York Times called Black White + Gray “a potent exercise in art-world mythography.” Crump’s second film, Troublemakers: The Story of Land Art premiered at the 2015 New York Film Festival and in Europe at Fondazione Prada, Milan, Italy. The Wall Street Journal said “Troublemakers takes its place among the great art documentaries of the past half-century.” Crump is currently working on Antonio Lopez 1970: Sex Fashion & Disco a feature documentary-based time capsule concerning Paris and New York between 1969 and 1973 viewed through the eyes of Antonio Lopez (1943-1987), the dominant fashion illustrator of the time, and told through the lives of his colorful and often outrageous entourage.

Ronnie Sassoon is an art historian, designer and collector of art of the 1960s and 1970s, chiefly zero and arte povera. After an early career of fashion design and advertising, she subsequently worked closely with her late husband, Vidal Sassoon, in product development, fragrance, advertising, marketing and promotion of the Vidal Sassoon brand worldwide. Today she resides in the second of two Richard Neutra homes for which she personally directed the restoration. Prior to this, she oversaw the restoration of architect Hal Levitt’s most important Beverly Hills residence. She has served on the boards of art museums worldwide.

Farley Ziegler most recently produced the BAFTA-nominated film Tim’s Vermeer, produced with Penn Jillette and directed by Teller, which followed inventor Tim Jenison and his pursuit to paint a Vermeer. She previously produced with Penn the hit comedy documentary, The Aristocrats.  With producing partner Christina Ricci, she created and ran Blaspheme Films, their production company. As a production executive at Single Cell Pictures, she was instrumental in bringing Charlie Kaufman’s Being John Malkovich to the screen. She served as story editor and creative executive for director Sean Penn at Clyde Is Hungry Films. She began her career in film as assistant to director David Fincher, working with the director at Propaganda Films on his groundbreaking commercials and music videos.

Michel Comte is a Swiss-born filmmaker and one of the most sought-after fashion and magazine photographers in the world. Comte’s latest film is The Girl From Nagasaki which premiered at the 2014 Sundance Film Festival and is set to release in 2015 which marks the seventieth anniversary of the bombings of Hiroshima and Nagasaki. For Vanity Fair and Vogue, Comte has portrayed numerous celebrities from the world of art, film and entertainment, from Julian Schnabel, Jeremy Irons and Demi Moore to Mike Tyson and Michael Schumacher. Comte’s advertising clients include brands such as Armani, Dolce & Gabbana, Nike, Lancôme, Revlon, Ferrari, Jaguar and Mercedes Benz. On photo assignments for the international Red Cross as well as his own Michel Comte Water Foundation he has traveled to war zones and unstable areas in Iraq, Afghanistan, Bosnia, Sudan and Cambodia.

I ultimately became fascinated with the American southwest after an extensive two-week road trip in the mid-1980s. What struck me then, as now, were the incredibly vast, open spaces and the particular kind of light one finds there. I suppose these are the very same features that appealed to the artists in Troublemakers, but it would be a few years before I became aware of their respective works. After completing my master’s degree in art history at Indiana University, majoring in northern Renaissance painting, I moved to Albuquerque in 1993 to pursue Ph.D. studies at University of New Mexico, in post-1945 art with an emphasis on history of photography. I fell in love with nearby Santa Fe, where I lived for a decade, and made my first trip to Walter De Maria’s The Lightning Field in 1995. De Maria, Michael Heizer and Robert Smithson were from then on omnipresent in conversations with colleagues and friends. In 2003, while doing research on my first film, Black White + Gray, I negotiated a rare interview with Heizer who ended up as a character in that feature documentary which released in 2007.

Troublemakers in many regards began its long gestation precisely with that Heizer interview. I was keen to discover why an artist who lived and worked in New York at such a pivotal time would leave everything for the open space of the southwest to make art that was impervious to commodification. Fast forward to 2013, with so much transformation in the highly speculative art market of today, where increasingly collectors take an investment view toward art objects; art is now considered a new kind of investible asset class. It was clear to me that the film I had been considering since the early aughts needed to be made at this moment. The story needed to be told now, with the express intention of retrieving the spirit of land art in the late 1960s and early 1970s, with the rebels who created the works that defined it. It is important to me that a new generation of much younger artists rediscover these troublemakers in order to fully realize that making art is not simply for the market and that celebrity or net worth are a rather inadequate justification for a career in the visual arts.

Troublemakers is a visually compelling montage of important and rare archival footage commingled with new aerial footage taken with the latest camera technology. A great deal of research went into the film, which is art historically accurate. It combines truth of detail with lively storytelling about the artists, their patrons and the motivations that drove these individuals to the desolate desert spaces of Arizona, California, New Mexico and Utah to manifest monumental works of which some sites today—Heizer’s Double Negative (1969-70), for example, Smithson’s Spiral Jetty (1970) and De Maria’s The Lightning Field (1977)—are iconic. Producing and directing this film provided a rare opportunity to retrieve this rich history through the principal characters themselves, most of whom are relevant more than ever today. With so many of the key players now deceased, the film is a fitting tribute to these artists and their sense of risk-taking, adventure and audacity in creating improbable works, some meant to last forever. Following its world premiere with MOCA LA, the film will screen at prestigious festivals this autumn, followed by a theatrical release in New York, Los Angeles and other North American and European cities.